WASHINGTON, D.C. - One year later, loved ones of Marcus Edwards honored him in a way they know he would have wanted. 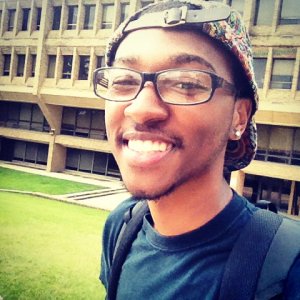 A few days early, they celebrated "Marcus Edwards Day" by setting up a series of stations at Parkside High School, a Cesar Chavez Public Charter School.

One of the stations included making peanut butter and jelly sandwiches, Marcus' favorite, to donate to Martha's Table.

Back on September 19, 2016, while a student at Morgan State University, Marcus was walking off-campus, about a mile from the school, when he was stabbed and died from his injuries.

According to a flyer released by the FBI, the attack occurred in a residential area at Loch Raven Boulevard and Woodbourne Avenue in Baltimore.

He was a graduate of the D.C. Metropolitan Police Department Junior Police Academy and the FBI Washington Field Office Future Agents in Training Program.

"He was my role model" Maurice Edwards says of his older brother murdered 1 yr ago. 2day we all #Smileformarcus, an honorary member of MPD. pic.twitter.com/Wx9mIL1X9r

"The different stations that we have set up today were things that Marcus wanted to do in the community so he was a giver," says his mother, Nicole Ausberry-Brooks. "Helping one another, that’s what Marcus was striving to do, so that’s how were honoring him today."

Marcus' family says Baltimore City Police and the FBI have not identified a suspect in his murder.

"I would like people to remember Marcus as a kind, generous, giving person, he was a servant from the heart," says Ausberry-Brooks. "Think about Marcus when you're out in the community."

WASHINGTON (NEXSTAR) - Since the age of 5, when a family member was arrested, Isabella Martinez has been passionate about criminal justice reform.

But when the coronavirus pandemic hit, the now 15-year-old's emotions turned into anger.

WASHINGTON (NEXSTAR) -- As the economy gradually begins to reopen, companies are likely going to make adjustments to keep customers and workers safe.

CEOs of America’s biggest companies met with President Donald Trump Friday afternoon to discuss what reopening will look like.

Calling the acts of violence like the ones that left George Floyd of Minneapolis and jogger Ahmaud Arbery of Georgia dead "modern-day lynchings," they are demanding Congress move forward with making lynching a federal crime.

Lawmaker on Trump deeming churches essential: ‘It’s not safe to be in groups of that size’