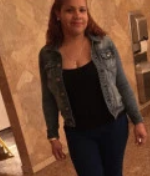 FAIRFAX CO. – UPDATE: The remains of 50-year-old Vianela Tavera, of New York, were found in Philadelphia.

Police say they found Tavera’s body in a basement of a home in the Fedltonville area. Police say they could not immediately identify her because her body was decomposing.

The Medical Examiner’s Officer determined Tavera was shot in the head and ruled her death a homicide.

Negron-Martinez remains in custody of Fairfax police. Police are continuing to investigate the murder.

The vehicle of a mother who went missing from New York was found in Fairfax County.

Police say 50-year-old Vianela Tavera left her home in New York for a planned trip to Philadelphia, Pennsylvania and has not been in contact with her family since July 28, which is unusual for the mother of five.

Police say Tavera’s car 2013 Acura MDX was found in the 9000 block of South Park Circle in Fairfax Station on Monday. Officers initially responded to the area for a man inside the SUV possibly in need of medical attention.

The man inside the car was 38-year-old Luis Negron-Martinez, of Philadelphia. Then, police learned the car belonged to Tavera. After collaborating with NYPD, police say they learned Tavera was reported missing by her family.

Police searched the car and found a handgun along with other items in the vehicle. Negron-Martinez was arrested for grand larceny and possession of a concealed weapon. Further investigation revealed that Tavera and Negron-Martinez knew each other.

Investigators are trying to piece together how Tavera’s car ended up in Fairfax County, but they believe she made it to Philadelphia.

However, police say they also believe she may have been harmed. Police have searched several locations, but Tavera has still not been found.

Anyone with information regarding Tavera’s disappearance is asked to contact detectives at 703-691-2131.

WASHINGTON (NEXSTAR) - Since the age of 5, when a family member was arrested, Isabella Martinez has been passionate about criminal justice reform.

But when the coronavirus pandemic hit, the now 15-year-old's emotions turned into anger.

WASHINGTON (NEXSTAR) -- As the economy gradually begins to reopen, companies are likely going to make adjustments to keep customers and workers safe.

CEOs of America’s biggest companies met with President Donald Trump Friday afternoon to discuss what reopening will look like.

Calling the acts of violence like the ones that left George Floyd of Minneapolis and jogger Ahmaud Arbery of Georgia dead "modern-day lynchings," they are demanding Congress move forward with making lynching a federal crime.

Lawmaker on Trump deeming churches essential: ‘It’s not safe to be in groups of that size’