WOODBRIDGE, Va. -- Police in Prince William County are looking for a pair or group of men tied to multiple armed robberies in neighborhoods in and around Woodbridge that happened on consecutive nights this week.

Police reports show there have been four incidents since late Tuesday night in which four men have been robbed. All report seeing at least two men who were armed when they forced the victims to give up money and personal belongings. 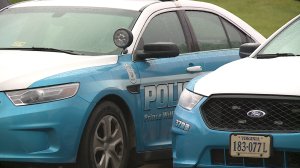 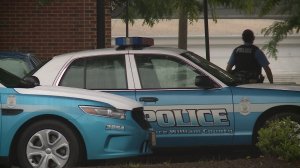 The following are short summations on the crimes provided by the Prince William County Police Department.

Armed Robberies – On the evening of May 9 and early morning hours of May 10, officers and detectives with the Robbery Unit responded to investigate three separate robberies in the Woodbridge and Dumfries areas. The incidents occurred at 11:22PM on May 9 in the 15300 block of Edgehill Dr in Dumfries (22025), 11:42PM on May 9 in the 1300 block of Quate Ln in Woodbridge (22193), and 12:38AM on May 10 in the area of Pilgrims Inn Dr and Havering Way in Woodbridge (22193). The victims, identified as a 73-year-old man of Dumfries, a 41-year-old man of Woodbridge, and a 60-year-old man of Woodbridge, each reported to police that they were approached by two or three unknown males brandishing a firearm and bats. During the encounters, the suspects demanded the victims' property before fleeing the area. No injuries were reported. A police K-9 and helicopter responded to search for the suspects who were not located. The investigation continues.

​Armed Robbery – On May 10 at 11:10PM, officers responded to the 2500 block of Basin View Ln in Woodbridge (22191) to investigate a robbery. The victim, a 39-year-old man of Woodbridge, reported to police that he responded to the above area to pick up a passenger in his taxi. When he arrived, he was approached by two unknown males. During the encounter, one of the suspects brandished a firearm and demanded money. The suspects took an undisclosed amount of money from the victim before fleeing the area on foot. No injuries were reported. A police K-9 responded to search for the suspects who were not located. The investigation continues.

You can read more about crimes in Prince William County by following the link to the department's Daily Incident Reports.

WASHINGTON (NEXSTAR) – Vice President Mike Pence touched down in the Peach State on Friday, bringing with him one main message.

Congressman Raul Ruiz (D-Calif.) says by the fall, states must do widespread COVID-19 testing and identify everyone who comes in contact with positive cases.

WASHINGTON (NEXSTAR) — Democrats on Capitol Hill say they want a tax cut included in the federal coronavirus stimulus package repealed after learning that the majority of those who benefit are millionaires, but Republicans are defending the tax provision, arguing it helps businesses facing financial turmoil.

Virtual Animals at Audubon Aquarium of the Americas: The Southern Sea Otter

Virtual Animals at Audubon Aquarium of the Americas: The Southern Sea Otter