PRINCE GEORGE'S CO., Md. - If you call 911 in Seat Pleasant, Maryland, you may see Phil Martin.

When he's not working in an ambulance, he works behind the scenes as an emergency dispatcher for American Medical Response, monitoring ambulances across the district for lower-level EMS care.

While working two different parts of the public safety field, Phil says the journey to this position has been anything but easy. 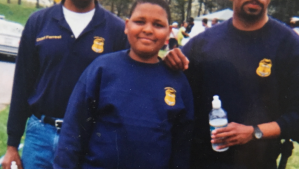 Phil says he struggled in school and was not tested and diagnosed until he repeated the ninth grade three different times.

He switched to a special education school in the county, which at first, he thought was great.

"They give you responsibilities, they give you jobs in the school, they pay you, you have a track record almost like having a real job outside of school," he says. "It helped a little bit, but it’s weird, because I also tell people it didn’t help, because they gave you this false world. They blocked out a lot to stuff that actually happens when you’re out."

Phil says it's something he quickly realized in his first job before taking the two jobs he has now with Prince George's County Fire and EMS and AMR.

Autism Speaks defines autism, or autism spectrum disorder, as a range of conditions characterized by challenges with social skills, repetitive behaviors, speech and nonverbal communication, as well as by unique strengths and differences.

Phil says he struggles with sensory overload and what he calls "having a filter."

"Loud noises, touching, personal space," he says. "It’s like the filter between hey I shouldn’t say this, and hey this is here so I think it’s OK to say it, it’s like it’s gone."

Phil says he quickly learned that people just don't understand what it means to be on the spectrum, or more importantly, they don't try.

He works every day to change that, especially in the work force. 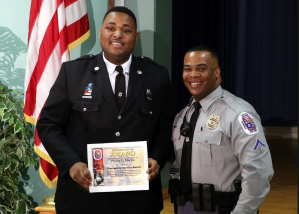 His best friend, Ricardo Biddy, a Prince George's County Police officer and volunteer EMT, stands behind him on that.

He credits Phil for saving his life.

"I feel like one of the positive traits of autism is he picks up on detail," he says. "I feel like he probably picked up on a little he detail he knew something wasn’t right."

Back in March of last year, Ricardo says the two were on the phone while he was sitting in his police cruiser in his driveway.

During their conversation, Phil noticed something was off with Ricardo's speech. Without thinking, he rushed to his home.

It turned out that Ricardo was suffering from carbon monoxide poisoning after the odorless gas leaked into his police cruiser.

"He got there before any police car, any ambulance, that’s something about Phil he knew something was wrong, I’m thankful for that."

Phil's knack for detail has and continues to take him far.

He's developed a love for photography and he now takes pictures for a variety of clients including Amtrak and Coca Cola.

"To think that someone with autism is creating some of the images that other people are looking at for trains, it makes me proud," he says. 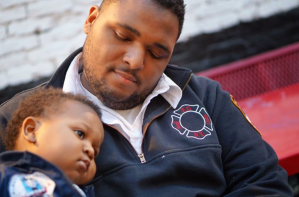 He's also proud to be a father to a two-year-old little boy, though he says he worries about the future.

"It is something that worries me moving forward being a dad, is, am I going to be able to give him my all without being held back by autism."

He says he will cross that road when he gets there.

In the meantime, he's proving stereotypes wrong. He speaks to parents of kids with autism to learn to embrace it. He's encouraging employers to hire people with autism and learn to understand it, like those in his current two jobs.

For those on the spectrum, he has some advice too.

"I don’t think anybody should mask who they are, I did it for quite a while and I don’t regret doing it," Phil says. "But, if I could go back, I wish someone said to me, hey don’t change who you are because other people may not accept you."

For more on Phil's mission and photography, visit his website.

MONTGOMERY COUNTY, Md. (WDVM) — A Takoma Park man who was arrested on a rape charge on Thursday allegedly admitted to making school shooting threats to a local high school during his police interview.

Montgomery County police said Jason Salinas, 20, was originally arrested for second-degree rape but was already identified as a suspect in the school threat case. During the police interview, he allegedly “made admissions of guilt” regarding school shooting threats called in on February 13 to John F. Kennedy High School in Wheaton, according to police.

MONTGOMERY COUNTY, Md. (WDVM)– Montgomery County council members hosted a town hall Thursday evening at the council building to bring religious leaders and members of the community together to discuss the security within places of worship.

OAK PARK, Illinois (CNN) — An elderly couple is upset and shaken up after police swarmed their car in a parking lot after they left their normal bank.

Ottis Dugar, 86, and his 67-year-old wife Demitri still can’t believe they were mistaken for armed thieves.