RICHMOND, Va. — The National Weather Service (NWS) confirmed two additional tornadoes in the City of Richmond on Monday, bringing the total to eight across the Commonwealth.

A total of seven tornadoes ripped through Central Virginia, including two in Chesterfield County, three in the City of Richmond (One in Richmond/Henrico County), and one in Hanover and Powhatan Counties.

The eighth was in the Boydton area of Mecklenberg County.

The NWS said as remnants of Florence tracked north it created near-ideal conditions for low-topped supercells to produce tornadoes in the Richmond metro area.

Here are the confirmed tornadoes in the order that they occurred:

“The tornado touched down near Skipwith Road and Moores Road around 1035 AM where numerous trees were downed. The storm then tracked northeast, while intermittently touching down causing widespread tree damage,” according a NWS preliminary report. “The tornado made it’s last touchdown near highway 47 about 6 miles east of Chase City where numerous trees were downed near the Salem Methodist Church.”

Structural damage was reported to several houses, however that damage was due to downed trees.

An EF-1 tornado with maximum winds speeds between winds of 85-95 mph was confirmed in the Rockville area of Hanover County, the NWS confirms. The path length of the twister was approximately 1 mile.

The tornado destroyed a barn.

Hampton Park neighbors reeling after storm rips through neighborhood.
An EF-1 tornado with an estimated maximum wind speed of 90-100 mph, started in Winterpock and ended in the Moseley area.

“The tornado first crossed Beaver Bridge Road and then Beach Road. The bulk of the structure damage occurred in the Hampton Park Neighborhood. It then crossed Hull street and entered Moseley, before dissipating near the Fox Club Parkway,” according a NWS preliminary report.

An EF-1 tornado was also confirmed in the City of Richmond, ending in the Tuckahoe area of Henrico County with maximum winds speeds between 90-95 mph.

The path length of the tornado was approximately 3.8 miles. Reported damage includes numerous trees uprooted, some on houses and several HVAC units torn off a church roof in the West End.

Also in Chesterfield County, an EF-2 tornado with an estimated maximum wind speed of 115-125 mph, struck Old Dominion Floor on Speeks Drive, causing the building to collapse, killing one man inside.

In Powhatan County, an EF-0 with maximum winds speeds between 75-80 mph was confirmed near Petersburg Road, two miles south of Genito Road. 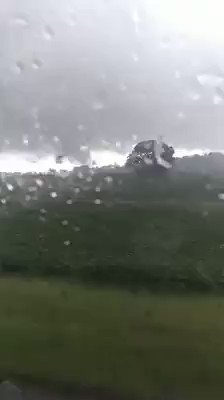 Video shows suspected twister in Powhatan Monday afternoon.
“Did you get it?”
“I”m a little more worried about it getting is!”
[

“The tornado touched down on Westwood Ave, then onto Confederate Ave and Lamont Street where numerous trees and several power poles were snapped,” according a NWS preliminary report.

WASHINGTON D.C. (NEXSTAR) — There's a lot packed into the $2 trillion coronavirus relief package, but no protections to insulate your credit score.

"I pushed for that until 30 minutes before the agreement was signed," Ohio Democratic Senator Sherrod Brown said.

You might have visited the Cherry Blossoms, at the Tidal Basin... but have you visited Williamsburg Village, in Olney, Maryland? Join Jimmy Alexander, on a tour of this beautiful neighborhood that is a home of countless beautiful cherry trees.

Trump resists national shutdown, leaving it up to states

Trump resists national shutdown, leaving it up to states