Anastasia is the story of a young woman who could be the sole heir of a royal Russian family destroyed after being overthrown by the communist regime.  While most of the family died during the takeover, the known surviving member of the family,  Dowager Empress, wonders if her granddaughter, Anastasia, is still alive.  Having fled to Paris, she is approached by countless young women who claim to be the missing Anastasia.  However, the Empress has found all of them to be frauds.  It is only when she meets the young Anya, that her doubts begin to fade.

The story is based in fact but enhanced by lore, and even more so by the Disney film.

In this musical, Lila Coogan is a convincing Anya and captivates the audience with her  powerful voice. Dowager Empress, played by Joy Franz, has a command of her role, juggling the emotions of dignity, heartbreak, frustration and bitterness.  Additional cast members, like Stephen Brower (Dmitry), Jason Michael Evans (Gleb), and Edward Staudenmayer  (Vlad), along with the ensemble, bring life to the show.

This production of Anastasia comes from the Tony Award-winning creators of the Broadway musical Ragtime.  The choreography (Peggy Hickey) is enchanting, the set design (Alexander Dodge) is creative and the costumes (Linda Cho) are beautiful.

The show proves to still be a hit, especially among young teenage girls, who came to the performance dressed up. Some even cheered after Anya belted out the signature song Journey to the Past from the animated film.

For families looking for treat before the holidays, a journey to the Kennedy Center’s Anastasia is worth it.

The show runs through November 24th at the Kennedy Center Opera House. 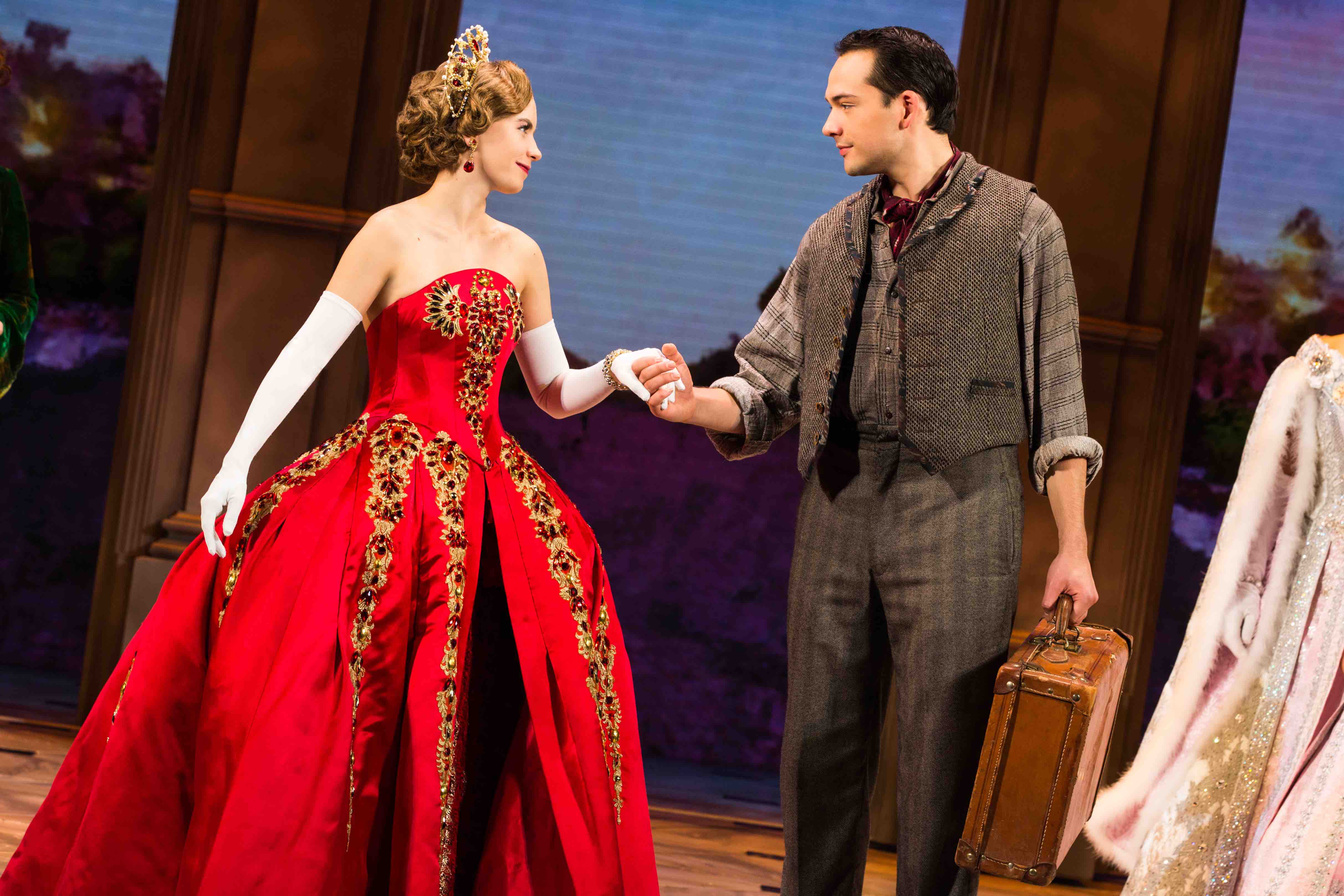